The Lonely
Shining Goblin
Guardian: The Lonely and Great God

"Round and Round" by Heize and Han Soo Ji

"Stay With Me" by Chanyeol and Punch

Guardian: The Lonely and Great God (쓸쓸하고 찬란하神 – 도깨비; Sseulsseulhago Chanlanhasin – Dokkaebi; lit. The Lonely and Great God – Goblin) is a South Korean television series starring Gong Yoo in the title role with Kim Go Eun, Lee Dong Wook, Yoo In Na, and Yook Sung Jae. It was shown on the cable network tvN from December 2, 2016 to January 21, 2017. The drama was written by popular drama writer Kim Eun Sook. As of February 2020, it is the fifth-highest rated Korean drama in cable television history.

Guardian's final episode recorded an 18.68% nationwide audience share, making it the fifth highest rated drama in Korean cable television history behind The World of the Married, Sky Castle, Crash Landing on You and Reply 1988.

Is it better to live forever or to finally be able to die?

Kim Shin (Gong Yoo) is a decorated military general during the Goryeo Dynasty who is betrayed by the jealous king he served. When Kim Shin is faced with death instead of honor after fighting a mighty battle, God turns Kim Shin into a goblin instead, tasked with protecting certain people from the life of misery. But immortality is wearing on Kim Shin, and he longs to find the prophesied human bride who can set his soul free.

Kim Shin becomes accidental roommates with Wang Yeo (Lee Dong Wook), the grim reaper who ushers people's souls into the afterlife. Kim Shin's nephew, Yoo Deok Hwa (Yook Sungjae), is a rebellious chaebol heir whose family has been caretakers of the goblin for many generations. Ji Eun Tak (Kim Go Eun) is a high school senior whose mother was saved from an accident by Kim Shin 19 years ago, and ever since then, she has been able to communicate with the dead. Sunny (Yoo In Na), the owner of a chicken restaurant and Eun Tak's boss, crosses path with Wang Yeo and becomes smitten with him.

Can Eun Tak be the true "goblin bride" with the power to release Kim Shin from his eternal misery?[1]

A 939-year-old immortal goblin and protector of souls who is in search for his bride, the only one who can remove the sword piercing through his chest. Once the sword is removed, he may finally move to the afterlife and rest in peace. He possesses supernatural powers that come with his immortality, but he has to pay a huge price for this. He feels lonely as he has to watch his loved ones leaving him behind when their lifespan ends. He served as a General during the Goryeo era and was killed by King Wang Yeo who is now reincarnated as a Grim Reaper. He witnessed the murder of his sister by the hands of the King Wang Yeo, the biggest reason why he hates the king. When his sword is finally removed, he disappears for 9 years, but later comes back.

An optimistic and bubbly high school student and is the legendary Goblin's bride. She can see ghosts due to her way of birth; her mom was in a hit and run and pregnant at the time to which the Goblin saw and saved her. She is immune to the Goblin's and the Grim Reaper's power. Falls in love with the Goblin but forgets him after his sword is pulled out and he disappears. Reunites with the Goblin when he comes back. However, she sacrificed herself to save a bus of schoolchildren and was hit by a truck. She dies, but later comes back and reunites with the Goblin in her next life.

A good-looking, cynical yet humorous character grim reaper (grim reapers receive their jobs as a punishment for committing the greatest of sins in their past lives) who guides souls to their reincarnations or afterlives. Along with many other grim reapers, he has no memory of his past lives. He was a malicious king named Wang Yeo in his past life. He killed his wife as king, something to which he regretted for the rest of his life and killed himself for. This was his ultimate sin. He falls in love with Sunny, who is his reincarnated wife.

The attractive owner of a chicken restaurant who is constantly confused by the Grim Reaper's constant social awkwardness. The Grim Reaper falls for her and she soon returns his affection. She was the sister of the Kim Shin as Queen and the wife of King Wang Yeo (now the Grim Reaper) in her past life. When everyone else forget their memories, she is the only one who remembers. Ends up with the Grim Reaper in her fourth life.

A rebellious yet kind-hearted chaebol heir and the only grandson of the Yoo family, a household that has the responsibility of taking care of the Goblin. Living with the Goblin and the Grim Reaper, Deok-hwa learns of their true identities, and the trio grow to be strong friends. It is later revealed that God had taken over his body for a period of time.

The series was written by Kim Eun Sook, who also wrote the popular series Secret Garden (2010), The Heirs (2013), and Descendants of the Sun (2016). The drama marked her second collaboration with director Lee Eun-bok after both worked on Descendants.

Overseas filming mainly took place in Quebec City, Canada in October, using locations such as the Château Frontenac, Parc du Bastion-de-la-Reine (the Yoo family cemetery), Petit Champlain (Goblin's door to Canada), and the Fontaine de Tourny. The red door, which in reality is the emergency exit of the Théâtre Petit Champlain, and other sites in Quebec City associated with the show have begun to attract numerous fans of the series.

The crew was awarded a special vacation to Phuket, Thailand after the end of the drama.

The drama was a hit and consistently topped cable television viewership ratings in its timeslot. Its final episode recorded an 18.680% nationwide audience share according to Nielsen paid platform, making the episode the second-highest rated in Korean cable television history. It became the first cable drama to surpass 20% ratings. It was also popular among the international audience, which led to parodies of the drama on various social media sites, notably by both celebrities and political figures.

The drama has also sparked various fashion trends. Items and accessories worn by the cast members, such as the Lanvin coat worn by Gong Yoo, Lancôme lipstick used by Kim Go-eun and Fedora worn by Lee Dong-wook saw an increase in sales. Kim In-yook's poetry book, The Physics of Love, gained renewed attention after one of its verses was featured in the drama. There was also an increase in visitors at the various filming sites of Guardian, which contributed to a positive economic effect on the country. Additionally, original soundtracks featured in the series also topped local digital music charts. Since 2017, it has surpassed Descendants of the Sun (2016) in video-on-demand sales.

Its success was attributed to the creative plot. The Korea Times stated, "[...] the depth of perspective looking at life of the goblin that bears a bloody sword in his chest and has been given eternal life as punishment, immerses the audience into the fantasy story. The twist and complexity of life and death make the story more interesting."

Despite its success, Guardian was criticized for its several consumer product placements (as well as Kim Eun-sook's previous hit-drama Descendants of the Sun in 2016) which drew an estimated 2-4 billion KRW from revenue. TV and cultural critics also criticized various aspects of the drama, such as its strong emphasis on Cinderella complex and the huge age gap of the lead characters, which might lead to a decline in female's social status. It was also criticized for its over-dramatic plot. 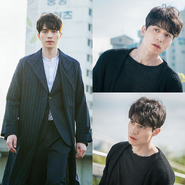 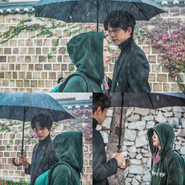 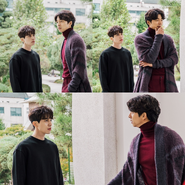 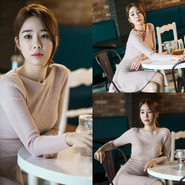 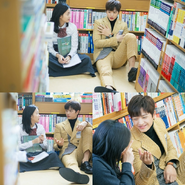 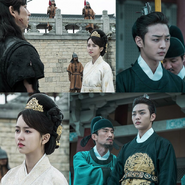 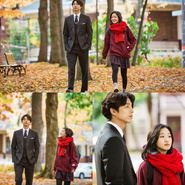