Lookism is a 2019 Chinese drama about an ugly boy who is suddenly able to switch between his original body and a handsome body.

Lookism tells the story of an 'ugly' boy, Wen Shuai, who finally gets the courage to transfer after being bullied in his original school. He then discovers that he has two very different bodies. One is his original ugly body and the other is a handsome body. Wen Shuai finds out that he can switch between the two bodies. One body will appear when he's awake, and the other body will appear when he's sleeping.

The secret of the two bodies completely changes Wen Shuai's life. He has never been welcomed and felt the beauty and convenience of being popular. But at the same time, this handsome body hides a huge secret. When the original owner of the handsome body, Kris, wakes up, the layers of the mystery begin to unravel.[1] 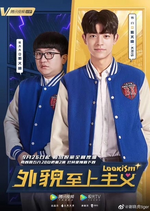 Official Poster
Add a photo to this gallery 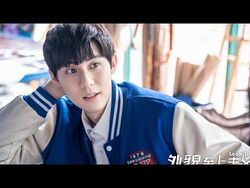 Lookism - Official Trailer
Add a photo to this gallery

Retrieved from "https://drama.fandom.com/wiki/Lookism?oldid=19839"
Community content is available under CC-BY-SA unless otherwise noted.