Drama Wiki
Register
Don't have an account?
Sign In
Advertisement
in: TDrama, TDrama2020, GMM One,
and 3 more

Oxygen: The Series is a 2020 Thai drama about a boy who has nothing left but his smile and one that has everything but that, who meet in a cafe every night.

Orphaned at a very young age, Gui, a fourth-year engineering student, has had to work hard and earn for himself for as long as he can remember. Still, through the test of time, he still has a soft demeanor and a smile on his face.

Solo, a freshman in the Faculty of Music, can get anything he wants with a flick of his wrist. Money, fame, good looks, the boy has everything, except his smile. When Solo's mother passed away, she took his smile with her. Nothing could fill this missing hole in him... that is — until one day when he sees a smiling boy working at a cafe.

Night after night, the two boys continue to meet. At the same spot, at the same time, until they soon come to realize that they have become each other's breath. A necessity. Just like Oxygen.[1]

A freshman of Fine Arts, majoring in Music, a Prom King and soon to be College's Prom King. He may appear stubborn and quiet but guitar is the love of his life.[2]

A kind warm cheerful and comforting senior of Mechanical Engineering, a former Prom King and an orphan who makes a living as a barista.[3]

A sophomore of Humanities, majoring in Korean. A part-time barista "Fujoshi" whose imagination is unrivaled.[5]

A senior of International Business Management, an heir to a business tycoon whose introversion keeps others away.[6]

A quiet 29 years old pediatrician. He is lucky in game but not quite in love. His sincerity can easily attract all to fall.[7]

A specialist doctor, a bro of Dr. Petch since high school. He knows what Dr. Petch wants as well as those around him.[8]

A high school student and Khim's brother. Having lost both parents since childhood, his sister has spoiled him so much that he becomes hotheaded and addicted to games.[9] 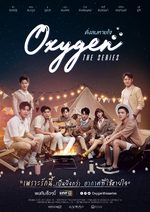 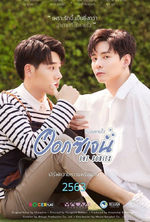 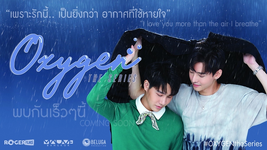 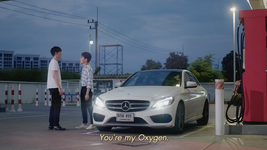 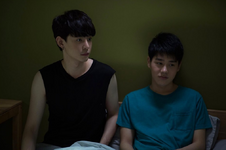