Prachaya Ruangroj (ปราชญา เรืองโรจน์, born July 28, 1994 in Bangkok, Thailand), nicknamed Singto (สิงโต), is a Thai model and actor. He is well known in Thailand and parts of Asia for his role as Kongpob in Sotus: The Series released in 2016.

Prachaya was born on 28 July 1994 in Bangkok, Thailand. He graduated with Learning Science & Mathematics from Suankularb Wittayalai School. He transferred credit from Faculty of Economics at Kasetsart University to School of Communication Arts at Bangkok University where he graduated in 2020. The graduation ceremony will be held in March 2021. 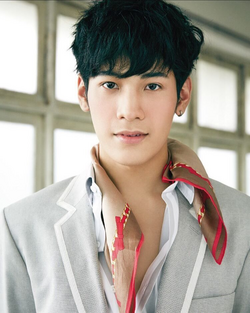