Drama Wiki
Register
Don't have an account?
Sign In
Advertisement
in: TDrama, TDrama2020, GMM One,
and 6 more

TharnType 2: 7 Years Of Love is a 2020 Thai BL television series starring Mew Suppasit Jongcheveevat and Gulf Kanawut Traipipattanapong. The series is a sequel to TharnType: The Series.

Type and Tharn have been together for seven years and both are enjoying their mostly harmonious life. They do still bicker and meet up with university friends. Now both working adults, Type and Tharn face difficult issues, as they learn that life isn't always just flowers and candies. Can they overcome their challenges or will they be defeated by them?[1]

In early February 2020, it was announced that a second season to TharnType: The Series would be produced. Skincare entrepreneur Golf Akaranun, who owns Hira Blue, made a surprise announcement during the TharnType fan meeting in Thailand that he will personally finance the production for the second season.

Main casts Suppasit and Kanawut was confirmed to reprise their roles in the sequel. It was announced that auditions for new characters would take place on the February 22, 2020. The first workshop was held on May 3, 2020.

On Friday, June 12, 2020, the new cast members were announced via a Twitter post and a YouTube video. Documentary of audition process for second season's new characters titled Yicon Thailand starts airing on July 6, 2020.

Worship ceremony for the drama was held on June 29, 2020. New director Passawut Sukbua was also revealed for the first time since departure of Season 1 director, Bundit Sintanaparadee, from the series. Filming starts on July 2, 2020. 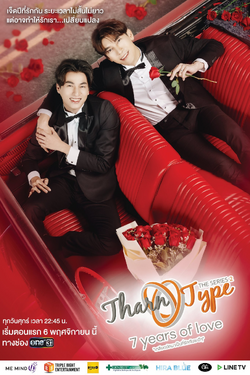 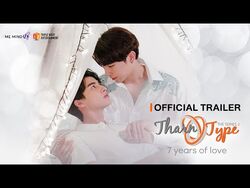