Until We Meet Again: The Series

Until We Meet Again: The Series

"I Found You" by Dome Jaruwat

Until We Meet Again (ด้ายแดงซีรีส์; Dai daeng) is 2019/2020 Thai BL television series starring Fluke Natouch Siripongthon and Ohm Thitiwat Ritprasert. The series, directed by New Siwaj Sawatmaneekul, premiered in Thailand and aired from November 9, 2019 to March 1, 2020 with repeats on LINE TV. The drama was based on the novel The Red Thread ด้ายแดง by LazySheep.

The story is about two modern-day college students who discover that they are the reincarnated souls of two past lovers who had committed suicide. The series garnered much international attention, specifically in Southeast Asia and Latin America. On May 7, 2020, director New Siwaj Sawatmaneekul and author LazySheep confirmed that there will be a new series based off of the side story for the characters Win and Team called Between Us.

Thirty years ago, Korn and Intouch were university students in Bangkok. Intouch entered Korn's life despite knowing that he was the son of one of the most influential people in Bangkok, the mafia. At first, Korn kept pushing Intouch away, but in the end, he couldn't resist the boy who was so full of life where he was the exact opposite and decided to let him into his heart.

However, in a time where homosexuality was unacceptable and having parents that were against their relationship and each other, Korn and In's love was bound to be doomed. Midst the chaos, while Intouch kept on fighting for their future, Korn could not deal with all the suffering his lover was facing and decided to give up. That day, two sounds of a gunshot rang through the air. Their story ended with a tragedy, but something had already tied itself between them, bounding them together even after they were dead.

Years later, a freshly returned to Thailand, Pharm (19) who is a freshman in T-University has grown up always feeling like he is waiting for someone. Being riddled with sad dreams that always left him waking up with a wet face, fear of loud noises, and a birthmark on his temple, the boy has always felt like there is someone he is missing. Dean (21), the third year swimming club's president at T- University has also spent his life searching for someone whose faces he can not remember. The red thread of fate that had tied them together in their past life once again pulls the two boys back to each other, tying them to each other and a past that might not be worth remembering, but a love that is unforgettable. Because the red thread that binds the two hearts together will always lead one back to the other. Even though it might tangle or stretch, but it will never break.[1]

Main Article: Until We Meet Again: The Series OST 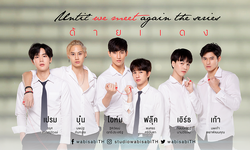 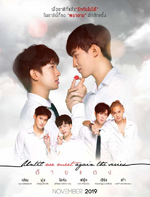 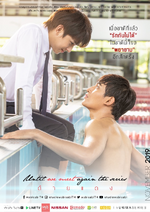 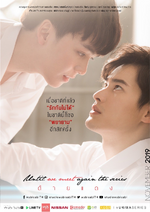 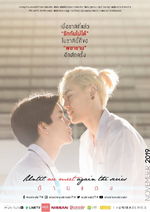